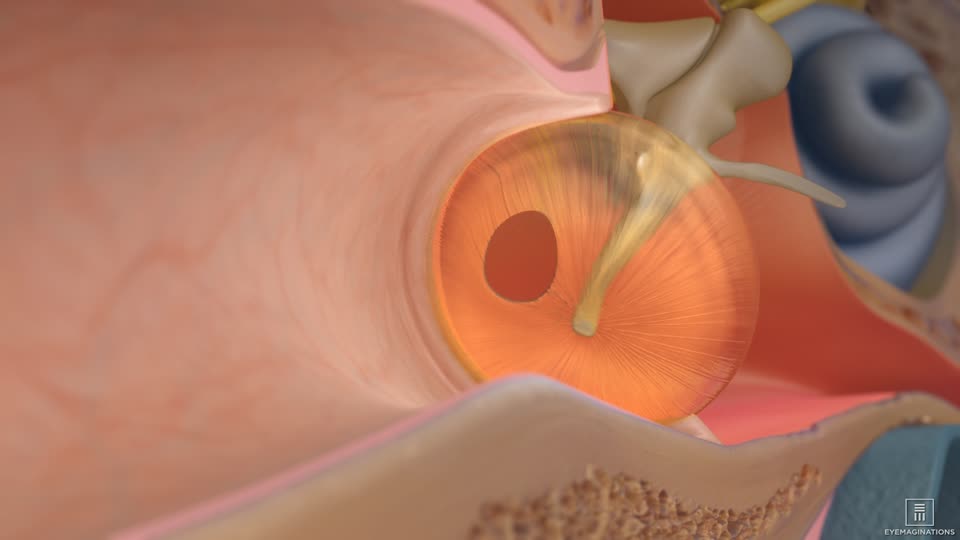 A ruptured eardrum usually heals within a few weeks without treatment. However, if a perforated eardrum does not heal on its own, a procedure or surgery may be required.

Symptoms of a Perforated Eardrum

Typical symptoms of a perforated eardrum include a general discomfort or sudden sharp pain in the affected ear, drainage from the ear, buzzing, and episodic ear infections. Other signs include dizziness and partial or complete hearing loss.

Causes of a Perforated Eardrum

A perforated eardrum is often caused by an ear infection, poking the eardrum with foreign objects, a head injury, an ear slap, or a sudden loud noise. It may also be caused by barotrauma (trauma caused by a major pressure change), such as when the air pressure in the plane’s cabin changes.

During a consultation, the doctor will conduct an otoscopic test. An otoscope has a light that makes it easier to see a tear or hole in the eardrum. If there is an excess of drainage or wax, you might get an eardrop prescription or ear canal cleaning first. Other ear diagnostic tests include the tuning fork test and the audiology test.

The doctor might prescribe an antibiotic to treat or prevent an ear infection. Pain medications may also be prescribed.

If the eardrum does not heal quickly, you may need surgery. The doctor will transfer a small section of tissue from behind or in front of the ear to repair the eardrum. This section of tissue will be used to patch the perforation. General anesthesia is typically required.

Hearing loss occurs when there is a total or partial inability to hear sound in one or both ears.

Rhinitis is caused by the inflammation of the nasal passages. Allergies can be a cause of rhinitis.

Most thyroid nodules are not noticed until your doctor discovers it during a routine medical exam.

Snoring may be an indication of obstructed breathing and should be evaluated by an otolaryngologist.